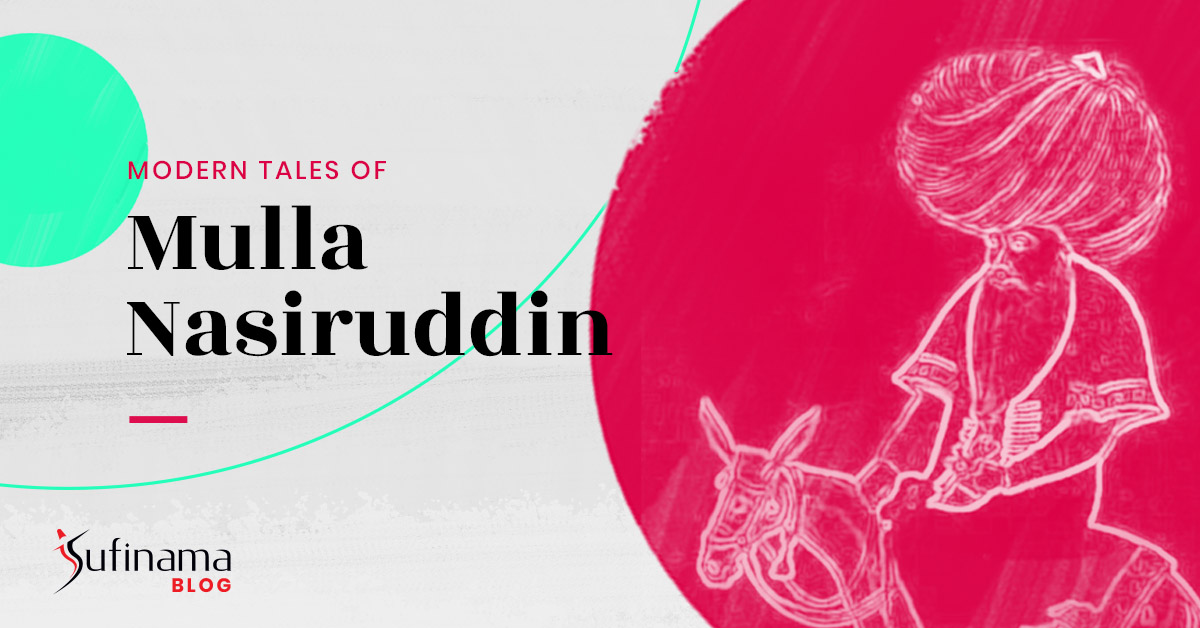 “In tolerance, be like the sea”—a message of wholehearted acceptance that’s very much the need of the hour. Inscribed somewhere in Konya, on a wall. Believed to be a quote of Mevlana Rumi.

The old man met an interesting looking middle-aged man in the bazaars of Konya. He was negotiating for the prime cut of lamb, the loin, the chops and the noisettes. The butcher was struggling to meet his demand, his customer had asked for the knife & started carving portions of lamb meat with a practiced ease, packed them in a paper bag, paid and left the Kasab’s shop. Nasiruddin followed him to a dilapidated khanqah behind the main marketplace, next to a curio shop. He entered the curio shop and met a huge Turkish man on the entrance, was warmly ushered in and was offered a hot cup of çay (chai). Nasiruddin settled down in the shop, purchased a fake fur karakul hat in exchange of some Lira, hugged the part time shopkeeper and was about to leave. Mehmut, the shopkeeper was a scholar of Mevlevi Sufi order studies and a tour guide in Konya. He invited the old man to lunch and led him to an anteroom filled with the aroma of lamb stew. A large vessel in the kitchen next to the room was on the stove. The vessel had enough stew cooking for ten people. Nasiruddin saw some people waiting patiently for the food to be served to them in a large dining table. ‘They are all Semazens performing Sema at the Mevlana cultural centre tonight’, Mehmut whispered in his ear.

Nasiruddin was resting on a worn-out sofa while watching the middle-aged man in action, who had sourced two kgs of meat, some powdered spices, a can of Tomato puree, a pack of Ayran, some chopped onions. He had marinated the meat for an hour and had started cooking on a gas stove, stirring occasionally with a wooden ladle. Nasiruddin started a small conversation with him and found him quite knowledgeable about Mevlevi order of Sufism where cooking was a very important learning tradition for the Mevlana’s disciples. The stew was ready in an hour, and all sat around the table and dipped their bread in the red gravy. The semazens devoured the food, one even scraped the vessel with a slice of bread. Mehmut was ecstatic, he hugged the man & told him, ‘Huuuu! You cook like Ates Baz.’ Our man could smell a story here. He took out his field note pad and a Staedtler stick ball pen and started scribbling notes in running hand.

Ates Baz Veli was the first chef in the world to have a tomb dedicated to him after his death. Veli did not cook for those at Rumi’s dervish lodge; “Matbah-ı Şerif,” the kitchen section of a dervish lodge, used to assist in the trainings of those who wanted to adopt the Mevlevi order. The trainings used to take about 1,001 days, and Veli was responsible for the emotional preparation of trainees. He both cooked for them and made them follow the principles of the Mevlevi order. Mehmut added that Rumi’s chef was a significant figure in the Mevlevi order and in Sufi culture.

The dervishes left after the hearty meal after exchanging hugs with the man. Nasiruddin asked him to find out that he was from India, came to visit Konya after reading about the Mevlana’s life and body of work, written by some of the Rumi scholars. It’s likely that he was never called Rumi, the name he’s known by around the globe today. The man was up for a long walk, though he ate very less. Nasiruddin accompanied him. It was the last day of the year, the streets of Konya wore a deserted look with restricted number of people due to a recent delay in the dispatch of the vaccines from Beijing.

They walked past a graveyard with some tombstones shaped like a dervish hat. The man asked Nasiruddin about those, he gifted the dervish hat to the man placing it on his head. To his surprise, the hat was a custom fit. Nasiruddin shared that the dervishes who are buried in the ground gets a special tombstone like those. The man smiled like a child, patting his newly acquired hat.

He also shared with Nasiruddin that he taught behavioural topics to senior leaders on Resilience, Agility & Innovation in the changed world. Nasiruddin was curious, he asked him to elaborate. He went on with ‘power of smile, joy in sharing, celebrating small successes along the way, and feeling of deep gratitude towards whatever one has.’ Nasiruddin was shell-shocked, he somehow managed to mutter, ‘how do you know, those are my…’, the man laughed this time, asked him if he would like to join him for a cup of coffee in his hotel room. Nasiruddin happily agreed. He was curious to know more.

Both continued their discussion in a hotel room a few hundred meters away from the Mevlana mausoleum. The man happily shared that the Persian wisdom tales are still replicated in forms of storytelling in his country by many wise people. Nasiruddin asked him, ‘do you think that’s the right thing to do? Sharing someone else’s idea with people who trust you without even experiencing them’? The man laughed again, nodding twice. Nasiruddin, bewildered, asked him, ‘and what do you personally think? Do those ideas work with others’? He nodded again, once this time. Nasiruddin asked him, what is your resolution in the year that’s just around the corner’? The man grinned, ‘To travel a little to appreciate the journey, to share a little with those who are in need, to celebrate whatever I have, and celebrate small success with friends and make deeper relationships instead of mindless networking. And of course, to stay safe.’ Nasiruddin picked up his jacket from the hotel bed, it was becoming dark outside. A mild snow shower had started. Nasiruddin adjusted his hood & left his room after a warm fist bump instead of a dap greeting, and donning his surgical mask covering his mouth and nose.