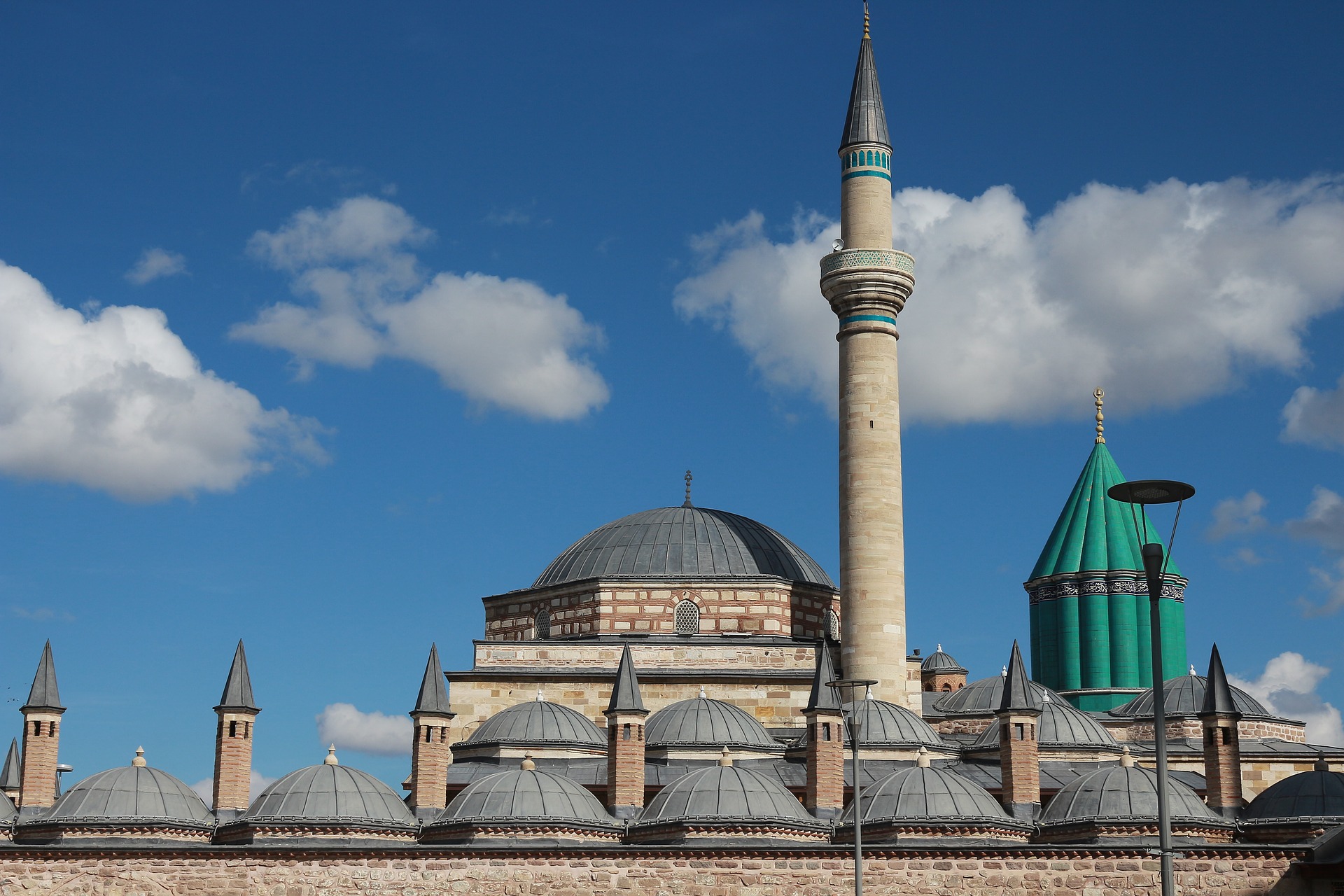 Nasruddin loved this quote by his fellow guest from the Hotel in Konya. They were having tea in a nondescript eatery near the street of Mevlana Museum. The frail old man must be in his late seventies, unmindfully spilled some tea on his thick book, while sitting next to their table. Nasruddin wanted to offer help, his fellow guest Jalal stopped him. He exclaimed, ‘you won’t understand.’ The book was dry, and with no mark of stain, by the time they finished their tea. Nasruddin looked at the book, the cover read ‘Masnavi 6’ in Farsi. An ant was carrying a piece of breadcrumb and was about to meet another ant on the table, Nasruddin noticed his fellow guest looking intently at the ants, who were now exchanging pleasantries in some ant dialect. The man mumbled,

He smiled at Nasruddin and exclaimed, ‘Have you heard of Kabir Helminski? His work on Masnavi is one of the finest translations in English. Nasruddin had read the translation earlier, he nodded in agreement. He said, you’re so right Jalal, the spirit is the carrier, and even more in the last eighteen months of the pandemic, if you carry the losses, the trauma in your spirit, it will be impossible to carry the burden on your shoulder, it must be offloaded at some destination, and to start afresh. And if possible, you can always share your grief, your deepest concerns with a friend who’d just listen without offering any solution.’

Jalal gently pushed two coins of Turkish Lira near the teacups, collected his working notes and his book from the table, waved at Nasruddin & left the café. Nasruddin also got up, used the restroom, and melted into the crowd moving towards the Mevlana museum.

Nasruddin was crossing a cemetery on the way when he noticed a tour guide is explaining to his guests about the graves with dervish hat-like tombstones, all excited. He also overheard one of the tourists saying, ‘now we know about the different types of tombstones, only the dervishes get those tombstones on their grave.’

Nasruddin continued his walk towards the Mevlana museum. The week of 17th. of December is celebrated in Konya as the Arus (Urs) of Mevlana Rumi, the famed 13th-century Persian poet, Islamic scholar, and Sufi mystic. To mark the 748th death anniversary of Rumi, Dec. 17, is known as Şeb-i Arus – or the “wedding night,” a reference to Rumi’s reunion with Allah, a great variety of events are held every year during the week, including symposiums, exhibitions, and workshops, as well as the famous ritual of the whirling dervishes.

Due to travel restrictions, the current year rush had been quite limited. Nasruddin was wearing an overcoat and a pair of woolen trousers bought from a cheap store in the public markets of Kadikoy, Istanbul. And next to him was a group of rich tourists in their branded clothing & jewelry & expensive mobile phones near the entry gate. The doorman started processing their entries while Nasruddin patiently waited on the doorstep. The sound of melodious Nay floated in the cold air. Someone pulled him by his elbow, his fellow guest from the hotel, Jalal. The doorman greeted him with a warm Salaam, Nasruddin also received one, he returned the gesture. Jalal had an ease about this place as if he was a regular here. He took Nasruddin to the inner hall, showed him Rumi’s famous manuscripts of Masnavi, Diwan, Ghazal kept inside secured glass cases. They went to the railing where all the graves were. One large grave was marked in a plate engraved as Hazreti Mevlana. Nasruddin prayed there for a moment, he also prayed near the other graves of Rumi’s sons, spiritual successors & the other doyens of the Mevlevi Sufi order.

Suddenly he heard a hum near the glass case which housed the manuscript of Masnavi. He was thrilled to see his friend briefing a group of tourists, probably was reading out from one of his working notes, ‘The conical hats the dervishes wear represents a tombstone, the dervish’s jacket symbolizes the grave, and the dervish’s skirt, a funeral shroud. As the dervishes dance, they remove their jackets to show they are shedding earthly ties and escaping from their graves. As they whirl, the dervishes raise their right hands in prayer and extend their left hands toward the floor. The meaning of these gestures is “what we receive from God, we give to people; we ourselves possess nothing.” Their whirling symbolized the rotation of the universe in the presence of God.” There was a larger crowd soon, all mesmerized, listening to Jalal. A lady requested, ‘Tell us more about the Mevlana’s poetry.’ Jalal smiled, and this time he was not reading out from a note.

‘When your love enflamed my heart

All I had was burnt to ashes, except your love.

I put logic & learning & books on the shelf.’

‘When all the particles of the air

Are filled with the glow of the sun

And never complain of the whirling.’

Jalal bowed to his audience with his palms crossed over his chest and came to Nasruddin and whispered in his ear, ‘there’s this researcher named Brad Gooch, he has translated Rumi’s work so well.’ Both smiled and started for the auditorium where the Semazens or the whirling dervishes were supposed to perform that evening.

All along Nasruddin kept on appreciating his friend’s eloquence, his calm demeanor, his distinctive style of dressing in a silk robe, and his well-cut flannel trousers. There was a light snowfall, both were walking towards the auditorium, suddenly he saw the shadowy figure in a quaint corner, the frail very old bearded man who they had earlier met at the café, gazing at Jalal. Jalal ran to him, they greeted each other with a warm embrace, and both faded first, and then vanished in the snowfall. Nasruddin saw them whirling in a mad trance, in the middle of the road, for a moment before both were out of his sight. He muttered to himself, ‘“If you visit my grave, my tomb will make you dance. Be sure to bring a tambourine.”—Rumi, Ghazal #683. And the author of the book Rumi’s Secret was none other than Brad Gooch.