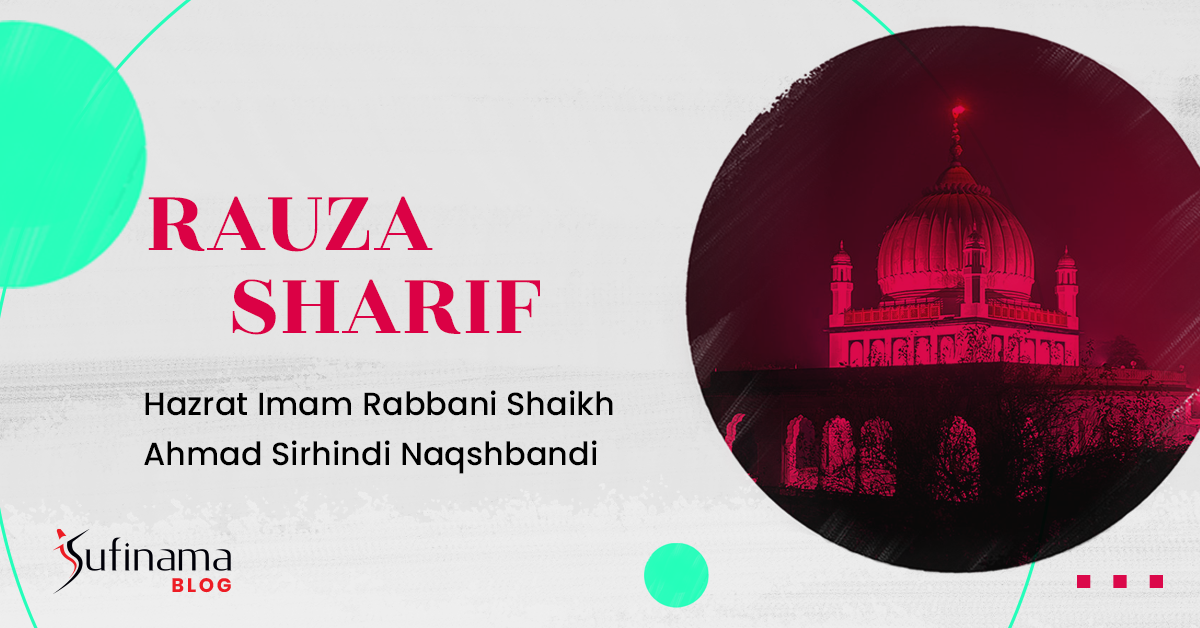 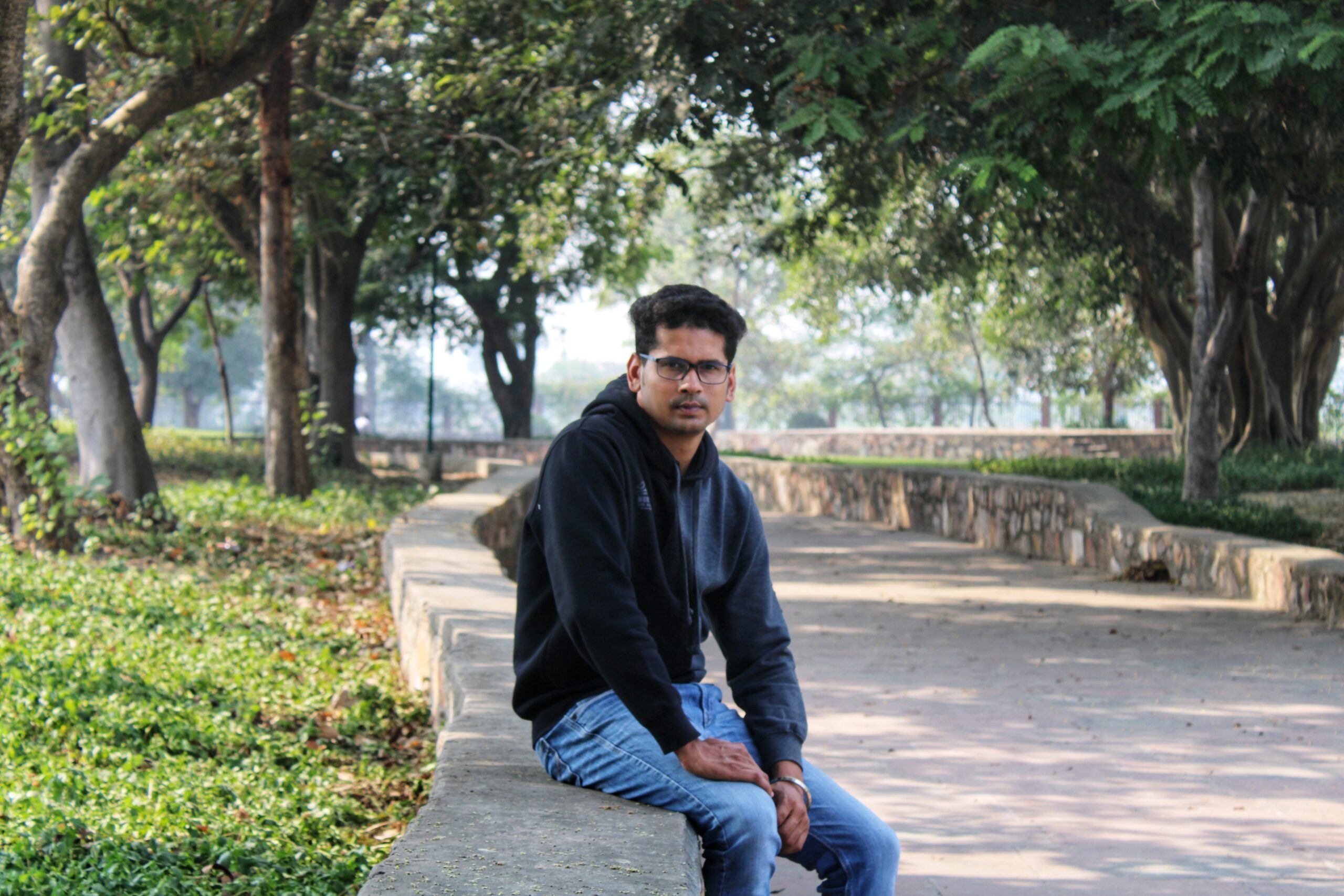 The Land of Hindustan is an abode of Sufism and Dargahs. In India, faith is the strongest bond that cements the social fabric amongst people and this is the reason why Sufism as a spiritual path in the Indian sub-continent. Sufism in India shows the path not only to enlighten Muslims, but is also followed by people of any faith interested in spiritual awakening. There are numerous Sufi saints born in India and their contribution to a syncretic culture is immeasurable. Of these, the name of Hazrat Shaikh Ahmad Farooqi Al-Sirhindi, popularly known as Mujaddid Alf Sani (Reviver of the Faith in the Second Millennium), stands out. He was an original thinker, whose writings and utterances created a stir in his time. In some ways, he continues even today to exercise a powerful influence on Islamic thought.

Hazrat Shaikh Ahmad Sirhindi was born in 1564CE. He belonged to a devout Muslim family that claimed descent from Hazrat Umar Farooq (the second Caliph of Islam). His father Hazrat Shaikh Abdul Ahad was a well-known Sufi of his time. Hazrat Shaikh Ahmad Sirhindi received his basic education at home. His subsequent studies of the Holy Quran, Hadith and theology were in Sirhind and Sialkot. Later, he devoted most of his time to the study of Hadith, Tafseer and philosophy. He worked for some time in Lahore but the greater part of his life was spent in Sirhind, where he was to become a champion of Islamic values. It was not until he was 36 years old that he went to Delhi and joined the Naqshbandi order of Sufism under the discipleship of Hazrat Khwaja Raaziuddin Muhammad Baqi Billah. According to Zabdat-ul Maqamat, Hazrat Khwaja Raaziuddin Muhammad Baqi Billah was of the view that ‘Hazrat Shaikh Ahmad Sirhindi is the sun whose brilliance steals the light of innumerable stars‘.

During this period, Muslims in India had lost the knowledge of true Islam and had started depending more on Karamat (miracles of the saints) than Islamic teachings. The Ulema and theologians of the time had ceased to refer to the Quran and Hadith in their commentaries, and considered jurisprudence as the only religious knowledge needed. Emperor Akbar (1556-1605CE) had started a series of experiments with Islam, propagating his own religion Din-i-Ilahi, an amalgamation of Hindu and Muslim beliefs. In these circumstances, Hazrat Shaikh Ahmad Sirhindi set upon himself the task of purifying Islamic beliefs. His aim was to rid Islam of the accretions of common un-Islamic rituals. He was highly critical of the philosophy of Wahdat-ul Wujud (the unity of existence) against which he gave his philosophy of Wahdat-ush-Shuhud (the unity of witness).

He entered into correspondence with Muslim scholars and clerics and laid stress on following the true contours of Islam. To him, mysticism without Shariah (Islamic Jurisprudence) was misleading. He stressed on the importance of Namaz and fasting. Through preaching, discussions and his maktubat addressed to important nobles and leaders of religious thought, he spread his message amongst the elite in particular. As he and his followers also worked in the imperial camp and army, he was soon noticed by Emperor Jahangir (1605-27CE).  Jahangir, unlike his father, was a more orthodox Muslim. But he still insisted on full prostration by all his subjects. Hazrat Shaikh Ahmad Sirhindi refused to prostrate before him, as result of which he was imprisoned at Gwalior Fort for two years, until the emperor realised his mistake. Jahangir then not only released Hazrat Shaikh Ahmad Sirhindi, but also recalled him to Agra. Thereafter, Emperor Jahangir retracted all ‘un-Islamic laws’ implemented by Akbar.

Hazrat Shaikh Ahmad Sirhindi has written a total number of 536 letters to the Mughal emperors during his lifetime. The collection is known as Maktubat-e-Imaam-e-Rabbani. His greatest contribution was undoubtedly the task of countering unorthodox Sufism and mystic beliefs. He organised the Naqshbandiya order to reform society and spread the Shariah among the people. He wrote many books, including his famous works, Isbat-ul-Nabat and Risal-i-Nabuwat. His greatest work on Islamic philosophy was the Tauheed-i-Shuhudi. Shaikh Ahmad Sirhindi continued preaching Islam till the end of his days. He urged people to adhere to the accepted and clearly laid down path of Islam. He passed away in 1624CE. The place of his burial is popularly known as Rauza Sharif.

The marble mausoleum of Hazrat Shaikh Ahmad Sirhindi is one of the finest architectural gems of Sirhind. The mausoleum of the saint was commissioned by himself on the death of his eldest son Muhammad Sadiq in 1616CE, eight years before his own demise. When Hazrat Shaikh Ahmad Sirhindi died, he was also buried next to his late son. Later on, his second son, Hazrat Saeed Sirhindi (d. 1660CE) was also buried next to his father and elder brother. A total of 3 graves comprises the main complex and the surroundings have an ample number of graves of the saint’s family members.

A separate mausoleum of Hazrat Masoom Naqshbandi Sirhindi was erected by Princess Roshnara in 1668CE and next to the tomb lies a mosque also built by the princess. The mosque has three domes and two minarets. Princess Roshnara was a disciple of the saint. It is also believed that her brother Emperor Aurangzeb (1658-1707CE) was another disciple. In historical records, I have found many maktubat (letters) written to Aurangzeb by the saint.

There is also a separate mausoleum of an exiled king of Kabul and Qandahar, Shah Zaman (1793-1801CE). Shah Zaman was the grandson of Ahmad Shah Abdali. He was the ruler of the Durrani empire for a short period of eight years before he was overthrown by his own brother, Mahmud Shah Durrani and was also blinded by him. After losing his throne he sought shelter under Maharaja Ranjit Singh in 1810CE. Shah Zaman never went back to Afghanistan and spent his last days in Ludhiana (located 60 km north-west of Sirhind). Finally, Shah Zaman died in 1845CE in Ludhiana but his will was to be buried in the premises of Rauza Sharif, as he was a disciple of Hazrat Shaikh Muhammad Mushtaq Sirhindi, a descendant of Hazrat Shaikh Ahmad Sirhindi in the seventh generation. Earlier the grave of Shah Zaman was under the open sky, but later on the tomb was constructed by a Nawab of the Rampur State. The tomb of Shah Zaman comprises of two graves: his own and his wife’s. The location of the tomb is to the south of the mausoleum of Hazrat Shaikh Ahmad Sirhindi.

Today, the Rauza Sharif is highly revered by the followers of the Naqshbandi order of Sufism, not only all over India but also in Pakistan, Bangladesh and Afghanistan. Every year a three-day fair is held here to celebrate the Urs or death anniversary of the saint. (26, 27 & 28 Safar of the Islamic calendar) There is a belief that to be buried inside the premises of Rauza Sharif is considered a great honour and a guarantee for a place in paradise. Numerous contemporary graves can be seen here as the complex for burials is still active. The Rauza Sharif is currently located 1 kilometre north of the Fatehgarh Sahib Railway Station.