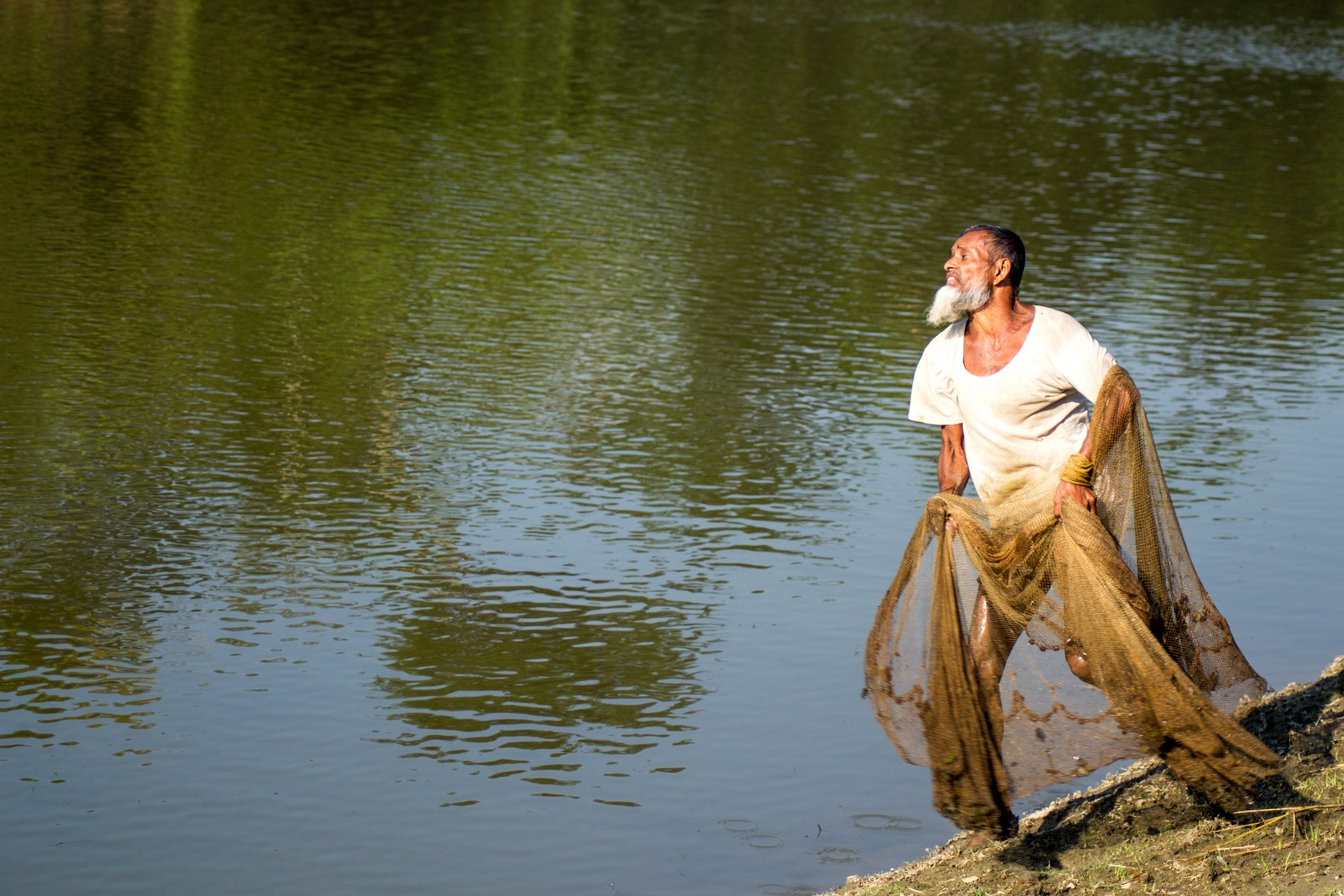 The Immigration staff at Shah Jalal Airport noticed the distinguished looking old man had everything in order. His visa, his stay booking in Dhaka, his invitation letter from the large business conglomerate mentioning his topic of consultation ‘leading an uncomplicated life at workplace.’ This got him intrigued to ask a question involving the topic. Nasruddin smiled, ‘have you ever tried getting up from your seat, greeted a traveler, shook hands & handed back a passport without asking irrelevant questions?’ Nasruddin moved on towards the taxi stand where a large cab was waiting for taking him to his hotel, a crammed property in Baridhara Diplomatic enclave, one of the most coveted residential area in Dhaka.

The streets were crowded, his ride took almost an hour instead of the standard twenty five minutes. He asked the driver, ‘do you know where Holey Artisan Bakery used to be?’ ‘It has closed down sir, was just across the lake’ was his answer. Nasruddin checked into his room with his old fashioned leather bag, he never wanted the bell boy to carry his luggage. He stretched on his hotel bed, the room was really small with an attached bath, a writing desk & a mini fridge. He ate an apple from the fruit bowl kept in his room and took the elevator to the lobby, ready for a long walk.

Nasruddin started along the lake, on the pavement. An occasional Mercedes or BMW zipped past him, reinforcing the skyrocketing real estate price in the diplomatic enclave. He spotted couple of Consulates in his walking trail. By the time he reached the main road on the other side of the lake, it was dark. Nasruddin asked a teenage boy about the way to the bakery, a burly man with a gun in his holster covered the boy suspiciously. The boy ignored his personal security officer and shook hands with Nasruddin warmly. He noticed, the boy kept on receiving repeated phone calls from his residence about his whereabouts. The boy smiled uncomfortably, as if in pain. He was the only son of a leading realtor in the city, hence the security. The boy volunteered to walk Nasruddin to the closed bakery though it didn’t go well with his PSO.

Both walked for half an hour before reaching a gated compound with two well-lit spotlights and two security guards, in a residential locality. This was the erstwhile happening bakery for the locals and tourists both. The food and service were exemplary, and the Europeans & Americans used to love and frequent the place. Nasruddin entered the premises with the permission from the guards, and knelt down on the floor and started praying for the departed souls. The guards didn’t notice the divine glow in the courtyard and near thirty shadowy figures joined Nasruddin in his interfaith prayer. His eyes watered, he patted the guards on their back, kissed the startled boy who brought him to the place on his forehead, and left in hurried steps.

Nassruddin took a walk back to his hotel and was offered a Bangladeshi spread in the restaurant, the hotel’s coffee shop. He finished a piece of bread with a large bowl of lamb broth. He went out for another walk in the concrete jogging track along the lake, a two km stretch. He loved the solitude, the darkness, the still water in the lake, and the security guard who had opened the gate for him to the jogging trail with a friendly smile. Nasruddin spotted a man in his fifties, easing himself in the lake water, his fly undone, while standing on one side of the jogging track. Nasruddin tapped him on his shoulder, ‘what are you doing here, sir?’ The man hurriedly finished his task, zipped himself up and said, ‘nothing.’ Nasruddin said firmly, ‘though I come from another distant country, but this is unthinkable there. Shame on you. I’ll report you to the security guard and will make you pay some kind of fine, if it exists.’ The man folded his hand in apology. Couple of other joggers appeared in the scene, an elderly couple, a young runner in his twenties, they stopped on the track. Nasruddin introduced the unruly man to all of them, narrating the episode in brief. The man went away with his head hung in shame. Nasruddin smiled at the others and said, ‘this man is courageous enough to break rules in public, I doubt whether the gunmen who entered the Holey Artisan Bakery and had opened fire, and took people as hostages, and had later killed them, had faced any resistance from the people present.’

Nasruddin woke up the next morning in his hotel room with a dull headache. He called the room service for a large mug of tea, and twenty minutes later was served with a small cup of over sweet, milky tea. He was upset, spoke to the restaurant manager who assured him that there was no large mug in the property. Nasruddin decided to ignore and walked into a waiting cab which took him to the exporter’s sprawling office, twenty minutes away from his hotel. The owner himself came out in the car parking to greet him. The group also owned a chain of stores selling Sarees and ready-made garments, artifacts & souvenirs. Nasruddin requested the owner to take him to one of his stores. The owner took out his large SUV, packed him in and landed up at the nearest store in almost an hour after crossing an incredibly crowded short distance. He met a young girl not more than twenty at the entrance of a huge air-conditioned store. Being a weekend, the store was already crowded. The girl was managing three customers at a time, a socialite lady clad in expensive clothes and perfume, a middle aged man buying sarees for his wife in India, and a local family of three. She smiled at every one of them, offered them water and tea, brought in stacks of garments to help them choose the right one. She briefly greeted Nasruddin and the Owner, and ran back to attend to her customers. She closed the sale for all of them, sent the garments for billing, and joined the Indian man for a selfie, and walked him to the exit and told him to come back to the store with his wife the next time. She came back to her counter and sipped a little water from a glass bottle. Nasruddin whispered in the Business owner’s ears, ‘please show this video footage from your CCTV camera to my audience today before my talk, they’ll instantly know what leading an uncomplicated life at workplace means.’ The man nodded his head in surprise.