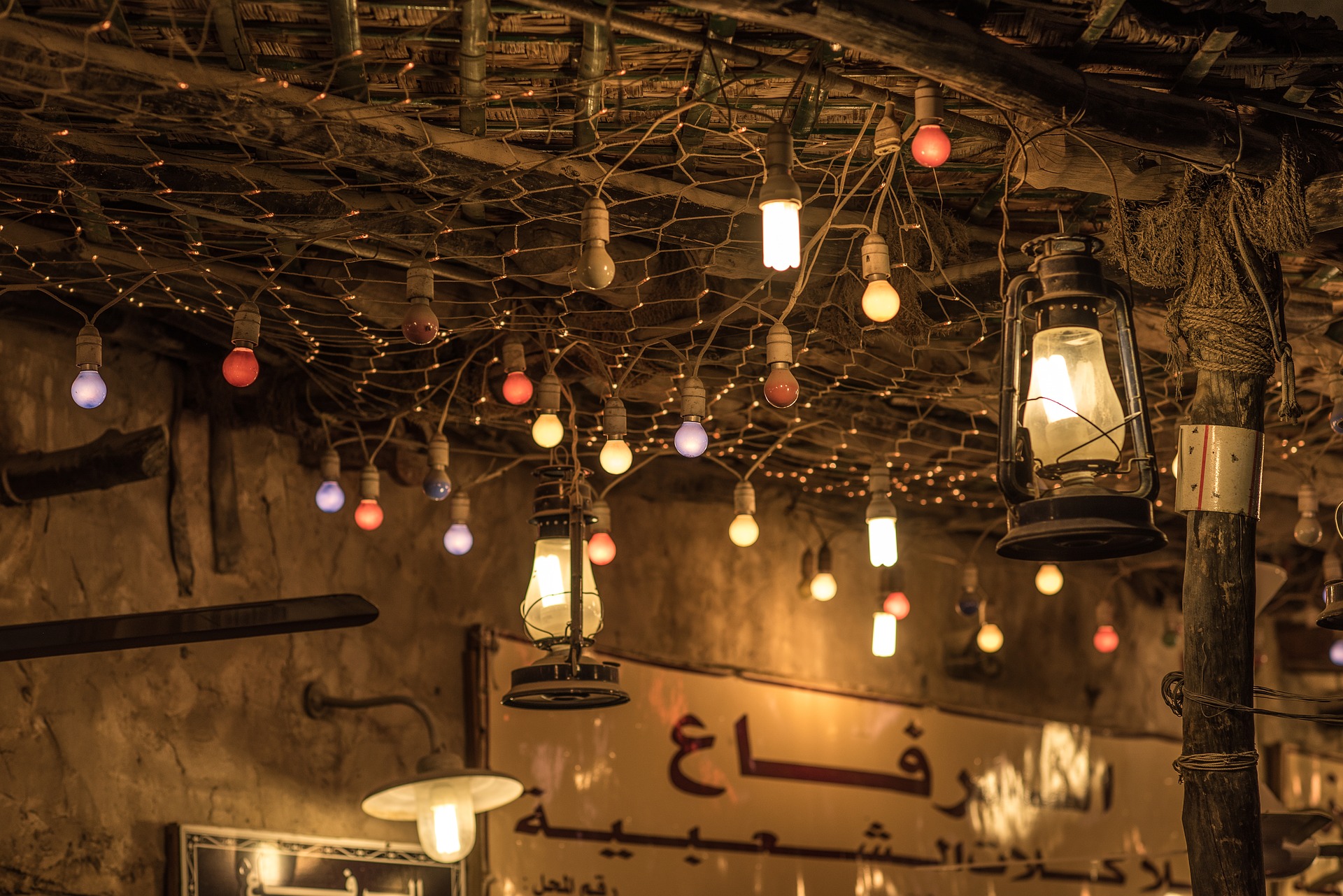 Nasruddin opened his email on phone, the invitation read “Interfaith Dialogue Conclave.” The email also carried a Qatar Airways return e-ticket and a hotel booking voucher as attachments. Nasruddin sighed and smiled in amusement, his keynote speech was on Religious tolerance and the rejection of religious intolerance.

Nasruddin boarded his flight from the stunning new terminal of Istanbul Airport. He was offered a can of beer on-board which he declined politely, while sticking to a Diet Coke. He loved the kebabs, though. It was a four and a half hours non-stop flight to Doha, he finished reading the Airline Magazine & a Nat Geo picked up from a New Istanbul Airport bookstore.

The landing was smooth. He thanked the Captain while deplaning, and the Pilot kissed his hand. Nasruddin went to the waiting coach, a mini bus sent by the hotel. He had six co-passengers on-board with a noisy toddler. He smiled at the child, and he smiled back. The driver offered them complimentary bottled water & energy bars. Nasruddin happily started munching on the nutty snack. He took a short nap after reaching the hotel. His talk was at 6 pm in the evening, so he had enough time to reach the venue, the Museum of Islamic Art. The organizers had sent a car for him from 4 pm onwards. Nasruddin wanted to take a stroll at the Doha Corniche, the much famed waterfront promenade extending for seven kilometers along Doha Bay. The driver happily obliged to take him there. Nasruddin took a short walk and asked the driver to take him to Souq Waqif. The souq is noted for selling traditional garments, spices, handicrafts, and souvenirs. It is also home to dozens of restaurants and Shisha lounges. Although it dated back to at least a hundred years, it was renovated in 2006 to conserve its traditional Qatari architectural style. It is often perceived to be the only lasting area in Doha that retains an authentic feel notably in reference to its commerce, architecture and culture. Nasruddin noticed a young boy with a small sack full of wheat in hand, feeding the pigeons in the quadrangle. He silently blessed the boy and wished there was more like him.

Nasruddin walked past a narrow lane with shops selling exotic birds, there was a royal looking Falcon in a large cage. The owner took it out and placed him on Nasruddin’s shoulder. The bird flapped its wings a few times and looked intently into his eyes. Nasruddin winked, and the bird instantly took his hint. It took off for a long flight towards the promenade, with the shop owner frantically running after it. Nasruddin vanished in another narrow lane selling costume jewelries. He saw a wealthy local in his early forties, dressed in a traditional spotless white robe completed with a matching Arab headdress. The man had an identical looking falcon resting on his shoulder and he carried the bird with a lot of pride. Nasruddin thought this as a local status symbol for the Aristocrats. Unwillingly, he set his eye on the bird and waved his right hand towards it. And…the bird didn’t even think twice before leaving his master (The price of falcons on the Qatari market had soared to more than QAR1m (US$275k), buoyed by increased domestic demand on the back of a recent festival. Asking prices for the prized birds generally hovered between QAR 100,000 and QAR 400,000, although some species of Gyrfalcon could fetch up to QAR1m (Nasruddin had later Googled it J) .

The rich man took instant offense & made a call on his iPhone. Soon a burly looking cop appeared from almost nowhere. The man pointed at Nasruddin and narrated the whole story in less than a minute to the policeman. The cop faced Nasruddin and asked him in broken Arabic, ‘did you help his bird to fly away?’ Nasruddin replied in chaste Arabic, ‘The birds however do a better job in many ways than we do with our airplanes. If a bird is just gliding (or “soaring”), that is, not flapping its wings, it flies in pretty much the same way that an airplane flies. The wings push air down, so by Newton’s third law the air must push them up’. The cop nodded his head in disappointment. By then the pet shop owner had also joined the melee, claiming that his bird also vanished in a similar fashion. Nasruddin tapped the policeman gently on his shoulder, asked him with a warm smile ‘would you start running if I want you to?’ The cop disagreed instantly. Nasrudding ignored the other two and started walking to a nearby elevator leading to the basement car parking. The cop followed him to the elevator, alone. Nasruddin smiled at him and asked ‘would you ever like to own a bird like that?’ The cop said, ‘let alone keeping a pet, running a family of four is quite a challenge for me.’ Nasruddin touched his head in blessing, said ‘May the Almighty free you.’ The cop kissed his hand, too.

Nasruddin entered the Museum of Islamic Art and took a quick stroll of a very impressive collection. He specifically loved a small statue of a confused looking monkey. He took the stage sharp at six in front of a discerning audience in their best of attire and the most expensive gems. He started with a funny anecdote, people laughed. He covered his keynote speech with multiple international examples and his audience broke into a thunderous applause in appreciation, when he concluded after a little more than an hour. He took three questions from the large audience. The last question was thrown at him was from a very distinguished looking lady in her best of jewelries. ‘Sir, what’s your take on ethnic cleansing?’ Nasruddin paused for a moment, established eye contact with each and every soul sitting in that large auditorium, and answered the lady with a mischievous glint in his eyes, ‘I recommend you stop using those expensive, imported cleansers with immediate effect. Start using the more ethnic ones like milk, flour & turmeric, and trust me you’ll attain a divine glow very soon’. The crowd broke into another huge round of applause, including our lady in question.